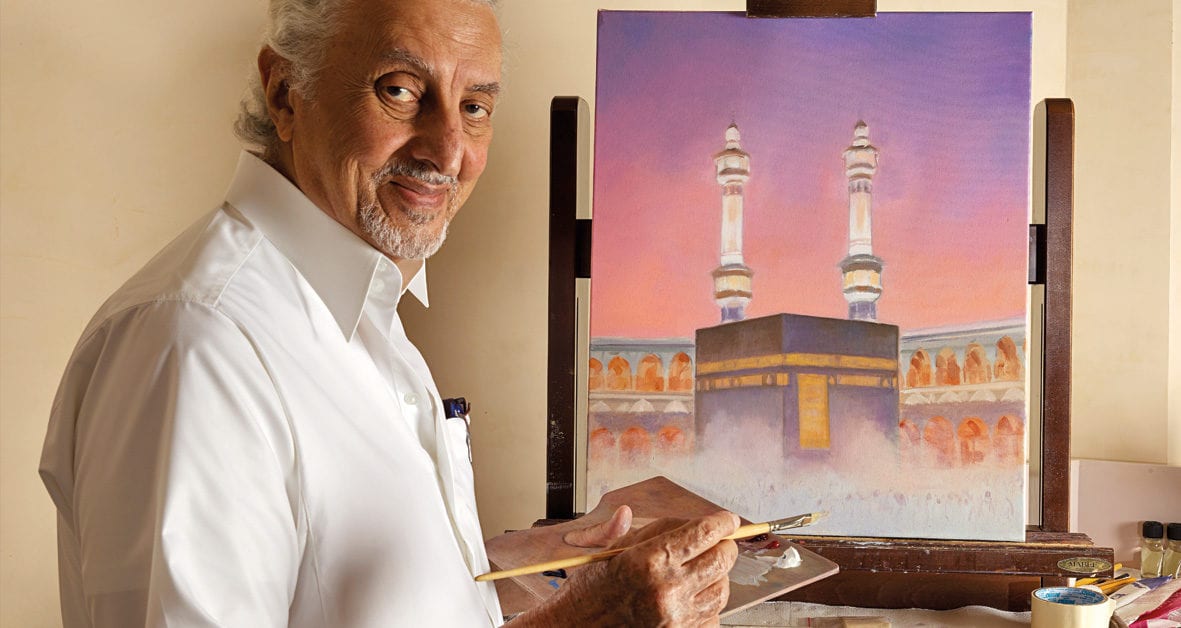 Avian are extremely proud to announce the delivery of a major art project for HRH Prince Khaled Al Faisal, Governor of Mecca of Saudi Arabia. A carefully considered design process resulted in the creation of a unique range of art catalogues and prints, supporting website and organised exhibitions and gala dinners to promote the artwork for the prince.

The project stemmed from an earlier collaboration with HRH Prince Khaled Alfaisal over 20 years ago, when Avian successfully won an international design competition, to design and create all the branding, design and marketing/advertising collateral for a new ‘mixed-use’ property development project in Riyadh. Scott McCallum, Managing Director of Avian, met with His Royal Highness who was patron of the client organisation, The King Faisal Foundation.

Fast forward 16 years on from the end of the original project, in 2016 His Royal Highness, now Governor of Makkah (Mecca), made contact with Avian with a request.

“Prince Khaled is now a keen artist and painter and had recently been finalising a collection of fine art paintings. His ambition was to donate the paintings to The Alfaisal University, to stage exhibitions of these works and ultimately sell a number of paintings to raise cash for the University. Prince Khaled had always remembered the high quality of our creative work and I was asked if I would consider travelling to meet him to discuss the project in detail.”

Within a period of six months Prince Khaled commissioned Avian to:

Avian developed several initial creative and production options and identified a specialist print partner based in the South of England. They then hired a fine art photographer to travel out to capture extremely high resolution copies of the original works. Avian’s creative design work incorporated extremely high quality American and Japanese papers supplied by specialist paper merchants which were combined with gold foil blocking and embossing of Prince Khaled’s signature on canvas covered boxes. The result was a series of beautiful, leather bound catalogues.

“For a Scottish brand and graphic design consultancy operating in Broughty Ferry to be working with a member of the Royal family of Saudi Arabia, and The Governor of Mecca is truly fantastic. The project has been incredible. Working with His Royal Highness in his art studio was an absolute joy and to see the quality of the final production pieces – the stunning art catalogues and boxed collections of fine art prints – is simply amazing.”

The project culminated in mid-May 2017 with a gala dinner event in Riyadh featuring an auction of seven of the prince’s paintings by Sotheby’s which also heralded the launch of the art exhibition. A similar gala dinner event and charity auction was also organised three weeks later in Jeddah, where the balance of the paintings were purchased, resulting in very significant funds being generated for The Alfaisal University. 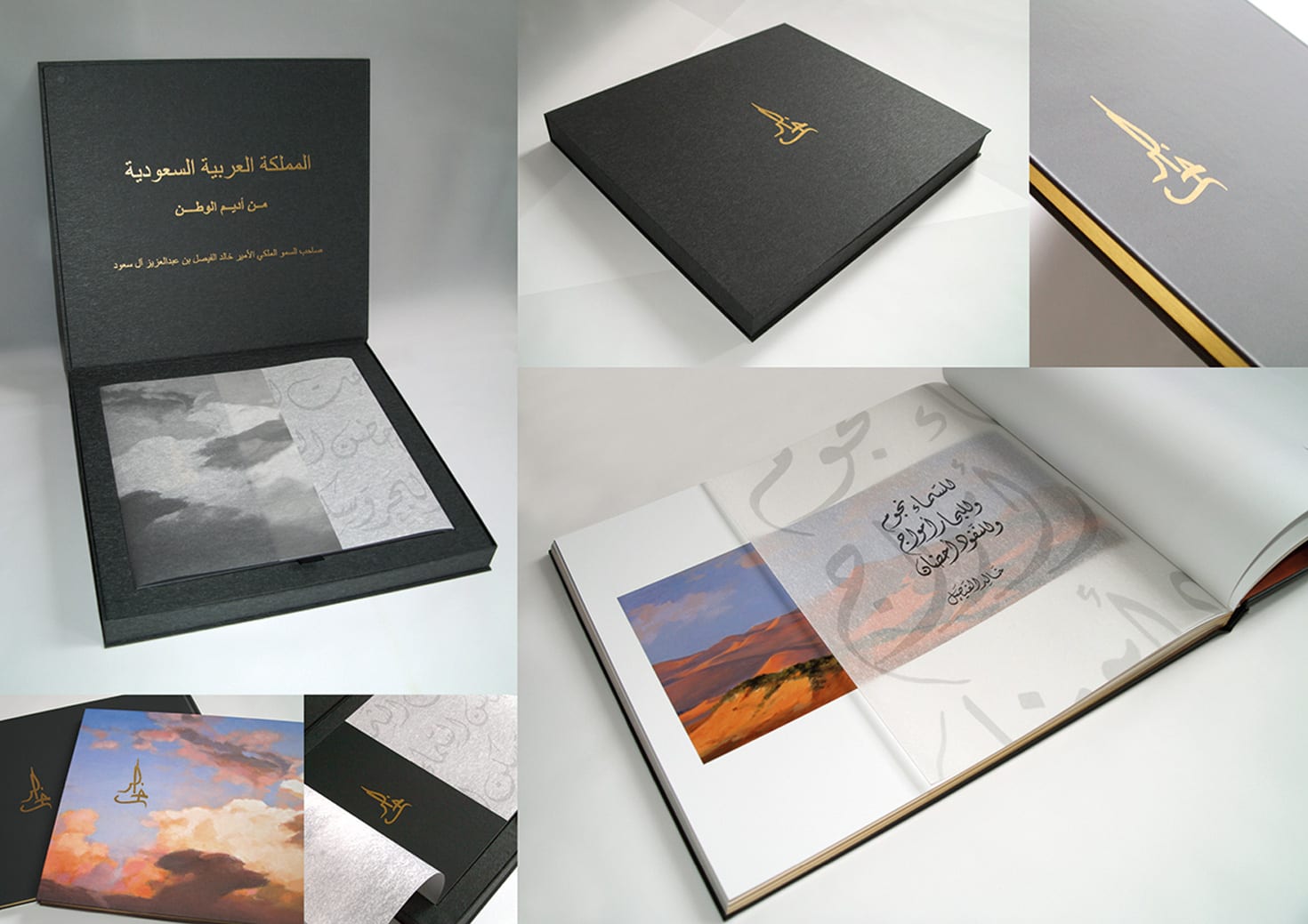 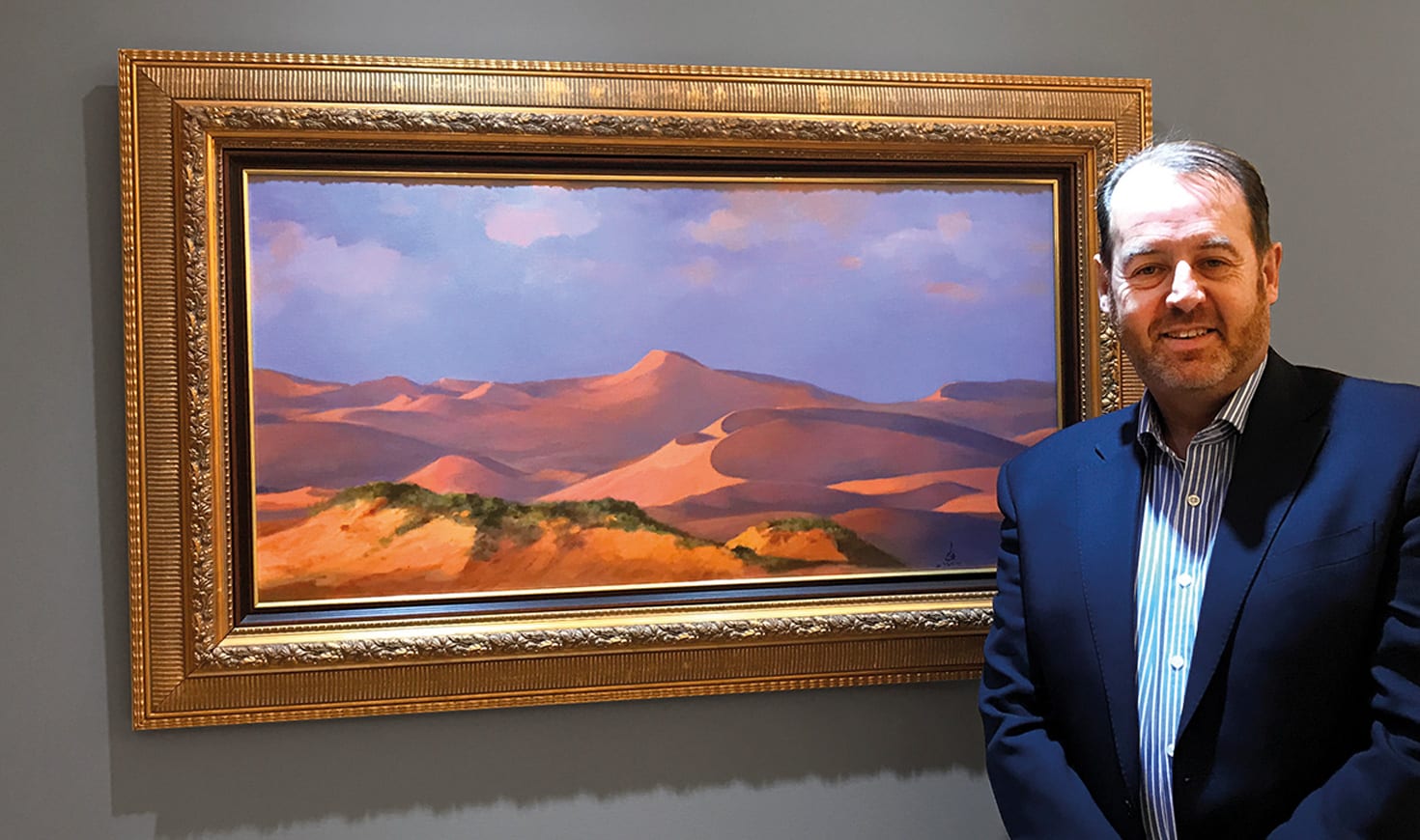